The advantages of a superconducting device

An ever-present phenomenon in usual electrical wires is that they exhibit a resistance to the flow of electric current, producing heat, which means that part of the energy is lost in the process. This is why a computer processor, data centers and big transformers in power stations get hot; and why cooling systems have to be used along. Most materials, copper included, follow this behavior, however there are materials that, under certain conditions, won’t exhibit any resistance to the flow of electric current, the so-called superconductors (SC).

Superconductivity can be observed in some materials at very low temperatures. The phenomenon was discovered in 1911 by Heike Kamerlingh Onnes while measuring the resistivity of mercury (Hg) samples cooled down with liquid helium (-269 °C), where it was found that, below a critical temperature, resistivity vanishes in the material, becoming effectively zero [1]. 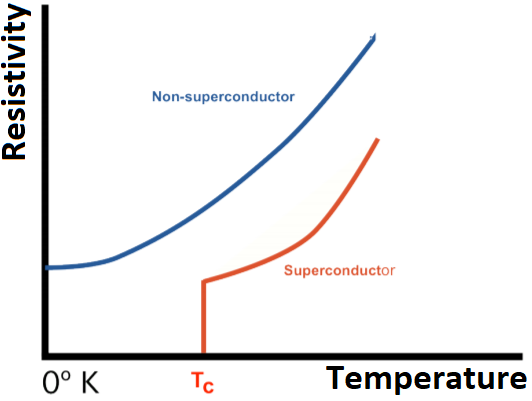 Figure 1: Resistivity in function of the temperature (schematic) [2]

Different superconducting materials have been found through the years since then, and the scientific community is in constant search for materials with a higher critical temperature [3], allowing the use of coolants cheaper than liquid helium, which is a scarce element on earth, with fluctuating prices (∼US$17 at 2016 per liquid liter) and a very limited supply by geographic area, mostly obtained as byproduct during natural gas extraction [4].

The main advantage is that, compared with a cable of the same size made of a regular conductor, a SC cable can conduct a substantially larger electric current without producing heat, eliminating this source of energy losses. Hence, even if them needing a refrigeration system to maintain them in cryogenic temperatures, for high electric current applications (taking into account the power required to run the refrigeration system), SC cables can transmit the same power than an equal current rated copper cable counterpart, in a conductor with a smaller radius [5]. 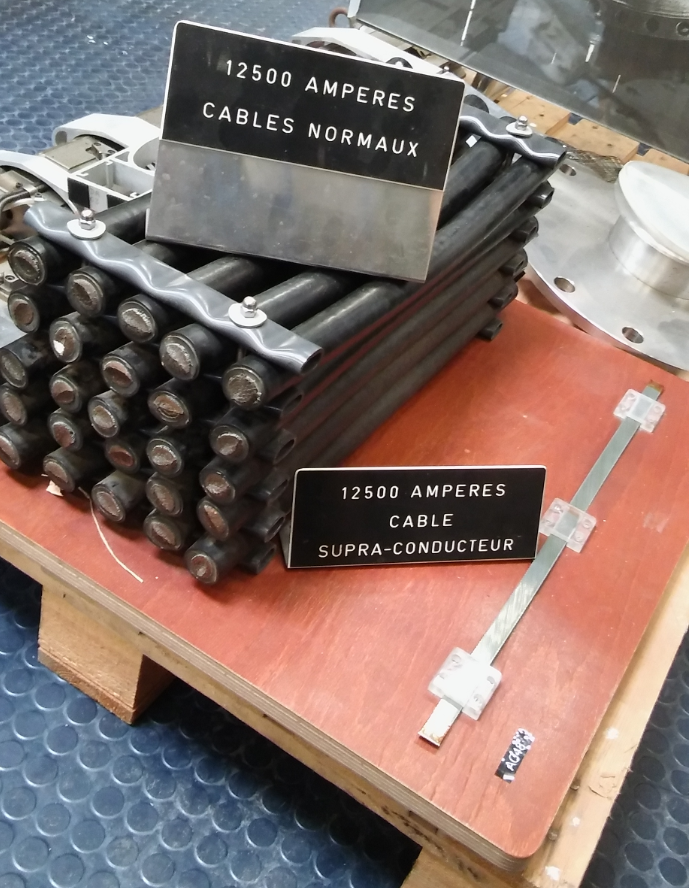 Superconductors have already been used commercially since the early 1960’s in different industries, in materials known as Low Temperature Superconductors (LTS), with critical temperatures below -253 °C, that use liquid helium as coolant. Niobium–titanium (NbTi) and niobium–tin (Nb3Sn) are the most widely used, where applications that require to produce high magnetic fields comprise the biggest portion of their deployment nowadays (by shaping them in a coil), and magnetic fields up to ∼ 20 Tesla can be reached with them [7]. These technologies include:

In 1986, high-temperature superconductivity (HTS) was discovered in cuprates, materials that already become superconducting at around -200 °C. This is the temperature of liquid nitrogen, which is a cheap (price of ∼US$1.50 or even lower at 2018 per liquid liter) and widely available coolant for different industrial cryogenic applications [18], plus, it can be manufactured by liquefying it directly from air (that has 78% of nitrogen), which is not the case for helium.

Rare Earth Barium Copper Oxide materials (ReBCO) are one variety of these cuprates, where the increased supply by different companies in the last ten years has made them more cost effective, and their price has been reduced significantly. However, these materials are brittle (unlike copper cables due to the material ductility), hence making cylindrical cables with them is not straightforward, so the approach is to make planar tapes, which allow for some flexibility. Based on this planar tape shape, different HTS cable designs have been proposed for high electric current applications [19].

HTS can attain significantly stronger magnetic fields than LTS (∼ 100 tesla in some material varieties), improving the capabilities of the applications mentioned previously, plus, the wider temperature window in which they are superconducting allow for a more stable operation, and makes possible to use them in yet more electrical applications. A couple of international projects have been set to accelerate their development and deployment for more energy and industrial applications [20–24]. Additional technologies that can exploit the advantages of HTS include:

In a nutshell, the superconducting version of an electrical device will be more energy efficient than the conventional counterpart, producing the same output (power, torque, magnetic field) in a smaller package.

The coming years will show the increasing deployment of these technologies and other applications, who knows, perhaps the finding of the holy grail of superconductivity might be not too far on the horizon: room temperature superconducting (RTS) materials [41], eliminating the need for cryogenic coolants, if at all, perhaps needing only a regular household fridge cooling system.

Written by D. A. Garfias, you can download the article here.