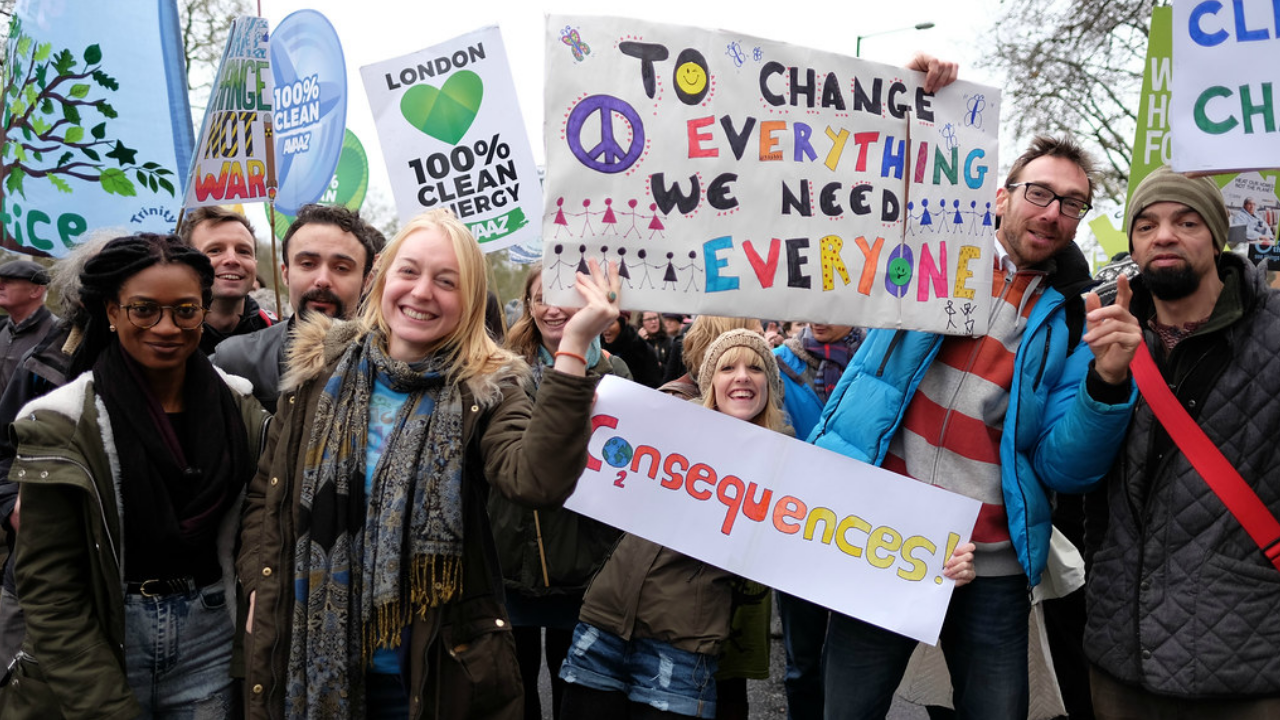 Article based on subject and findings of the discussion night held on November 25, 2019. Has come into being through the efforts of Arne Steemers (text), Mignon Vieveen (critical review), Willem Klok (critical review), Amy Pelders, Nataraj Aravind and Guido Lange.

There are people who hate it, and people who love it: activism. The reason to go on a strike, participate in a demonstration, or take up more radical means of protesting diverge as much as the people who voice their opinion. Whether it is students protesting against oppression in Hongkong, a whole generation demanding democracy in Sudan, or general dissatisfaction with rising fuel prices in South America, they are often aimed at disrupting the status quo. Some of them manage to bring about actual changes at higher government levels, while others only polarise the debate. The latter might be true for the recent climate strikes in the Netherlands. Often heard critique is that the time spent on the climate march in Amsterdam or the strike in The Hague, could also be used for working towards solutions. The question then rises, how useful is activism?

A collective experience Let us first explore why people choose to demonstrate. On the surface it is an attempt at demanding attention from, mostly the government, and changing the opinion of others. It appears however, that a demonstration often consists of people with different underlying reasons to protest for the same cause. This is especially true for the recent climate marches.

They were formed by grandparents fighting for the future of their grandchildren, left-wing radicals pointing their finger at multinationals, youngsters wanting to be part of the movement, students joining their friends’ initiative to go, even political parties secretly hoping to gain sympathy, and the list goes on.

Very diverse bundles of groups thus came together in Amsterdam and The Hague last year, not only emphasising the need for climate action to the world, but thereby also to each other. The collective experience of protesting provides the social affirmation for the cause, and energises to take action afterwards. Regardless of the

influence on politicians and those who are in power, the effect on those who participate should not be underestimated. As the author has experienced, walking the climate march created a high with an afterglow beyond the demonstration.

Physical presence Why does it have this effect on participants? What is the difference between demonstrating and voicing your opinion in another way, online for example? The most obvious contrast is at the same time the most important: a demonstration demands physical presence. Walking a climate march offers an experience very different from more passive forms of protesting. It engages your senses and requires you to deviate from your usual schedule and priorities.

At the same time, walking, holding up a board, and perhaps even shouting slogans, makes one actively involved in a way that could not be compared to venting your opinion online. Although they seem to be only minor differences, physical engagement in this way leaves a much greater imprint in our brain because of more and more rich neurological stimulation.

Luxury cause We may conclude that protests are certainly useful for those who participate, but we could still ask ourselves whether the climate strikes are valuable. Some say that protesting is not constructive, and the time used would therefore be better spent working on solutions. One should not forget however, that the solution is also present in ourselves and the bonds we make with fellow people.

Protesting serves as a signal that the status quo is no longer acceptable, and that various groups should reconsider the way the system has taken shape. This is certainly true for the climate crisis. A demonstration is a useful means for triggering a change in that respect, also on the personal level of behaviour change.

Other often heard critique is the idea that the climate crisis is a luxury cause for spoiled teenagers. Indeed, we should not forget that most of us are able to think about and discuss climate change because more urgent concerns have already been resolved. It makes little sense for people struggling with basic subsistence to dwell on the matter for very long.

doings. In this sense, the technological progress experienced in the last two centuries did not only create the problem of climate change, but perhaps also allows us to understand, discuss, and solve it. Let us enjoy this possibility to the fullest, while it still is a luxury.